Mostar is a city and municipality in Bosnia and Herzegovina, the biggest and the most important city in the Herzegovina region and the center of the Herzegovina-Neretva Canton of the Federation. Mostar is situated on the Neretva river and is the fifth-largest city in the country. Mostar was named by "the bridge keepers" (natively: mostari) who kept the bridge over river Neretva 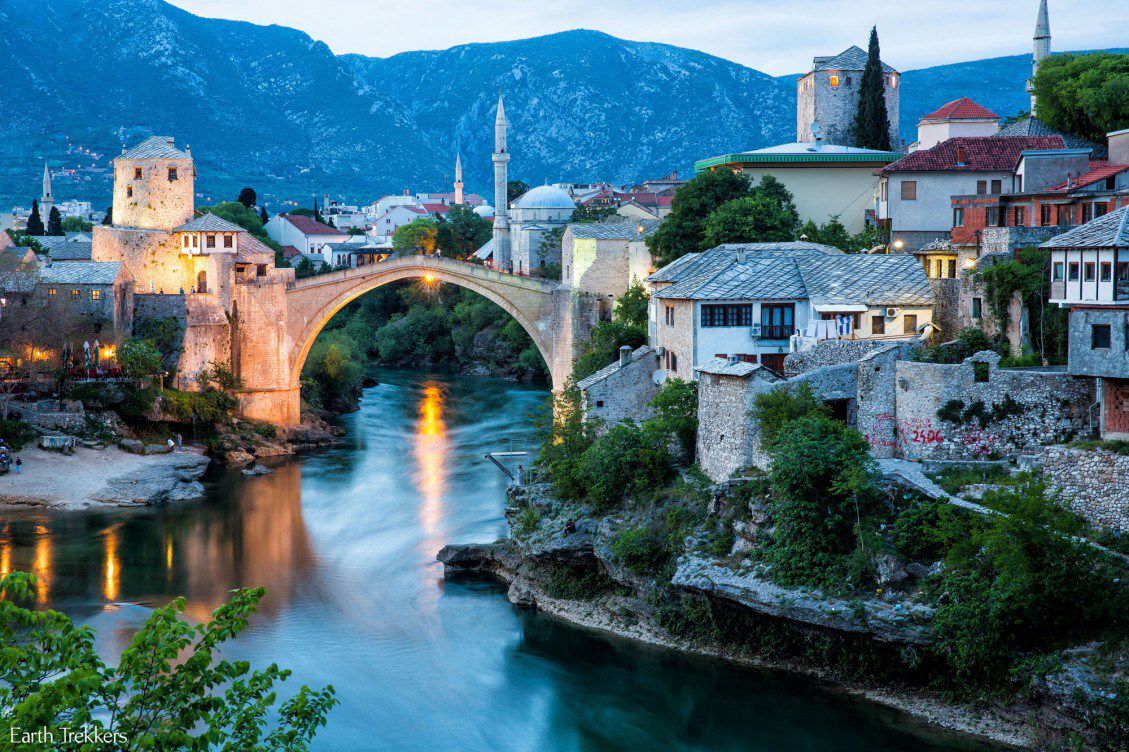 Međugorje is a town located in western Herzegovina in Bosnia and Herzegovina, around 25 km southwest of Mostar and close to the border of Croatia. Today the town is best known due to reported apparitions of the Blessed Virgin Mary which appeared to six Herzegovinian Croats since 24 June 1981, and is now visited by pilgrims from around the entire world as a shrine. 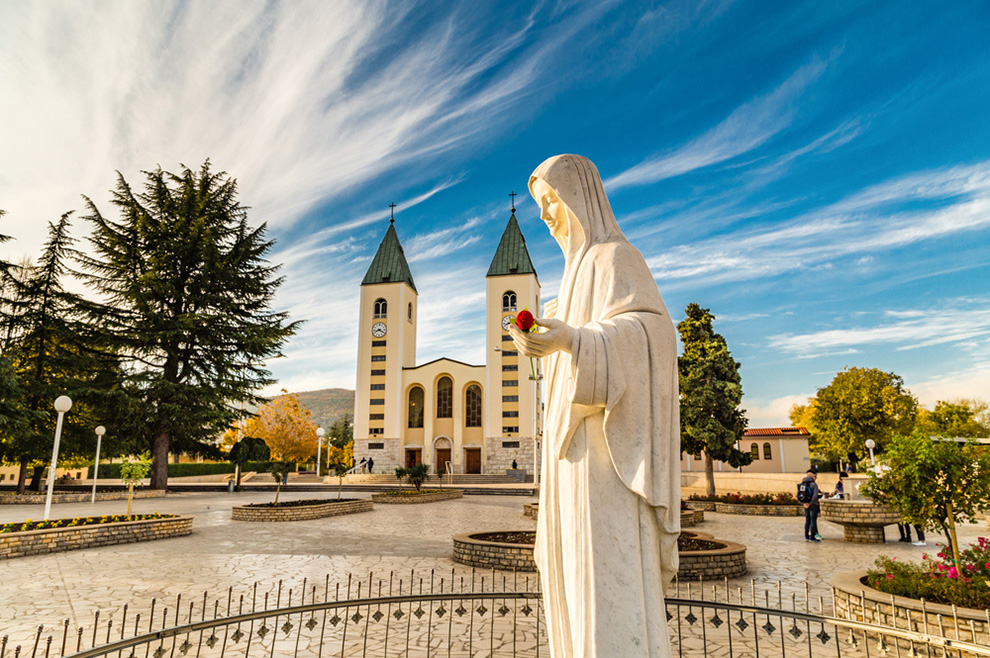